HomeNewsNews 1A former Washington high school is on the market for $699,000, and...
NewsNews 1

A former Washington high school is on the market for $699,000, and it comes with a restored basketball gym and theater stage— check it out 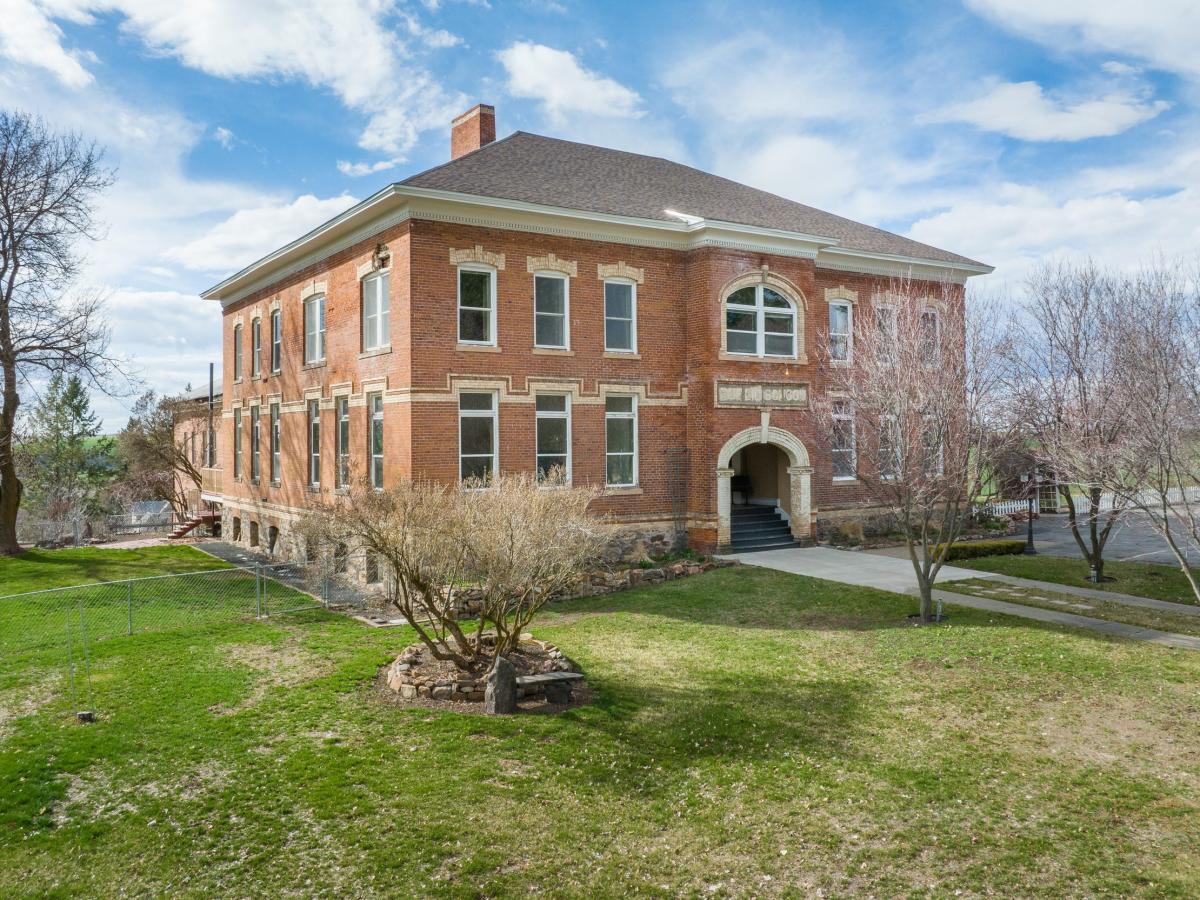 Situated on top of a hill overlooking the town of Latah, Washington, is a former high school turned home — and it’s on the market for $699,000.

Known as the Latah School or the Union High School, the entire property sits on a 1.43-acre lot in Latah, Washington, per the listing.

The main building was constructed in 1908 and is one of the “oldest, largest, and best preserved rural brick schoolhouses in the Palouse farming region in southeastern Spokane County,” per the National Register of Historic Places (NRHP).

The last batch of students graduated in 1958, and the school was converted into a space for community events and town meetings, per the NRHP. The property was eventually vacated in 1961 and has changed hands numerous times ever since.

The building is now owned by HRC Ministries, a non-profit organization that’s used the space as a transition home for victims of trafficking, listing agent Connie Newman told Insider.

HRC Ministries was originally founded in 2015 as an outreach ministry but evolved into an anti-trafficking organization over time, per their website.

The former school building was used as a safe house where women who survived trafficking could live, Jennifer Tillotson, the director of development at HRC Ministries, told Insider.

The property was a place where they could receive counseling and learn new skills to reintegrate into society, she added.

“We originally purchased the property due to its rural location and large living spaces,” Tillotson said.

The two-story Latah School spans 15,880 square feet in total, per the listing.

“Because we work with trafficked survivors, we thought that having a place to rest and relax while having a large room to themselves would be great for their recovery,” Tillotson said.

Houses in Latah, Washington, have a median listing home price of $450,000, per data from real-estate platform Realtor.com.

HRC Ministries is selling the Latah School as it has decided to move the shelter closer to the city.

The property is located about a 45-minute drive away from Spokane, a major city in Washington state, per Google Maps.

“We underestimated the number of women that were going to need emergency services on a daily basis, and so we needed to move closer to the city,” Tillotson said.

The Latah School has five bedrooms, six bathrooms, and two large family rooms that were once classrooms.

The property has been renovated in recent years — the bulk of which was completed by the previous owners who converted the space into a family home and a rental wedding venue, listing agent Newman said.

“During our ownership, we kept everything the way the previous owners had left it, which includes items in the basement from World War 2,” Tillotson said. These include medical supplies, dried food, and other emergency items.

HRC Ministries completed a few structural renovations too, including installing a new roof and sewer line, per the listing.

The gymnasium was added to the main Latah School building in 1920. It was restored in 2000, with repainted walls and a refinished solid maple floor.

A basketball hoop stands on one end of the gym, while the other end is a theater stage.

“The ladies used the gym to release stress and bond with staff and each other by working out, playing basketball, and listening to music,” Tillotson said.

It was also a space for them to have fun and sing out loud, she added.

Because of the property’s zoning license, future owners can either live in it or use it for business ventures such as short-term rentals, Newman said.

An ideal buyer would be somebody who would take into consideration what the community and the surrounding area might need, Newman said.

“It’ll be somebody that’s going to appreciate that building, take care of it, and keep it a thriving property in that area,” she said.

She has also fielded inquiries from several interested parties who are considering opening the gym up for school proms as well as community events and meetings, she added.

“This property helped serve our mission because it was a place of peace for the ladies to escape to,” Tillotson said.

“It was even hard for some to accept that they were worth the cost of living there due to its grandiose appearance and feel and what they were coming out of,” Tillotson said.

With most of the women coming from a life where they have been beaten down for years, the property allowed them to feel safe, worthy, and special, she added.

Read the original article on Insider