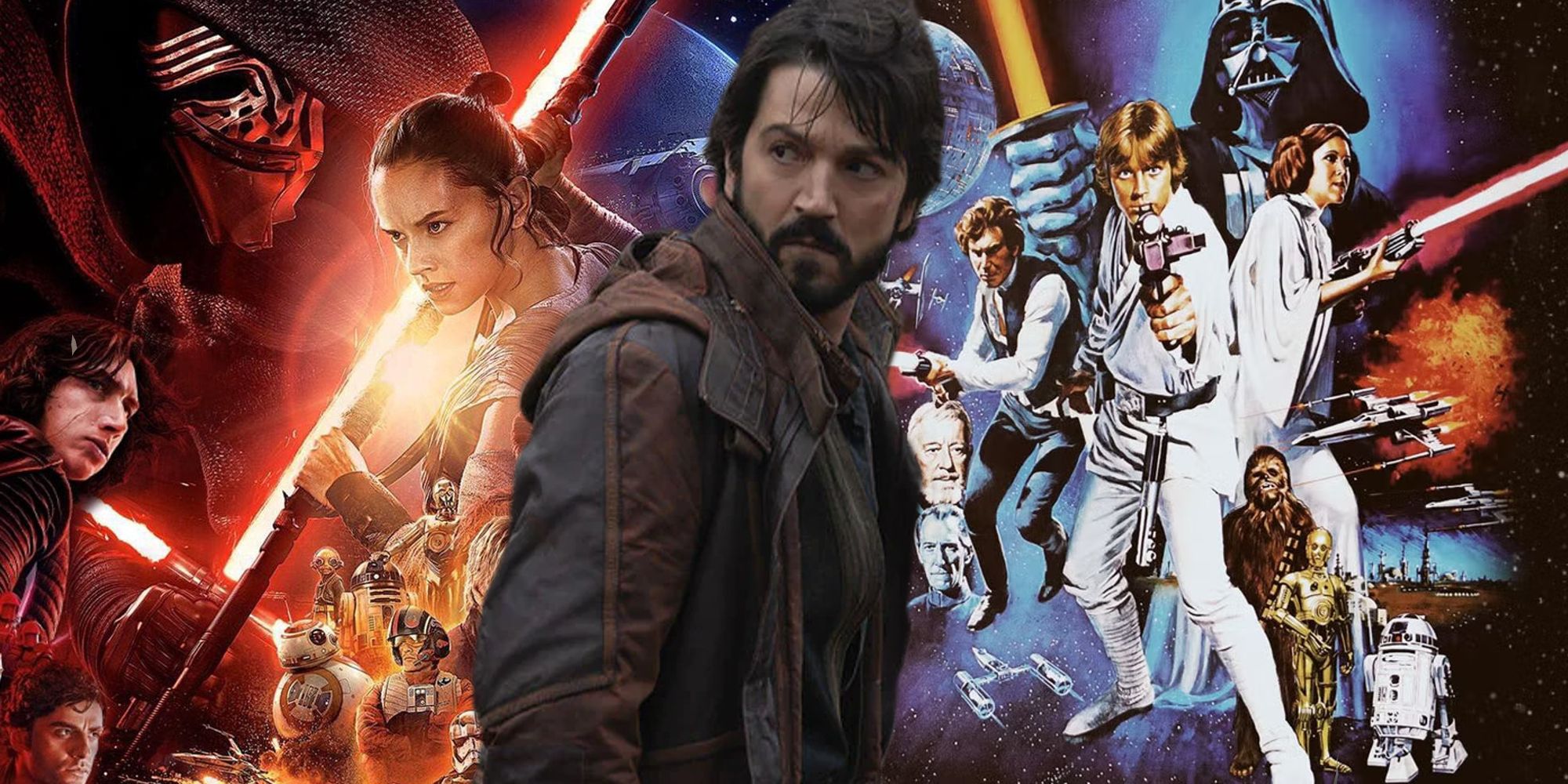 The Star Wars show Andor is coming to an end, leaving many to wonder what the future of the franchise looks like, especially for movies on the big screen after a hiatus following the end of the sequel trilogy. The last Star Wars movie released theatrically was the ninth episode of the Skywalker Saga, Star Wars: The Rise of Skywalker, in 2019. Since then, it has been no secret that Lucasfilm’s primary focus with Star Wars has been on its TV universe following the emergence of Disney+ original shows.

With the latest of those projects, Andor, ending its first season after 12 episodes, all eyes turn to the future of the Star Wars franchise. While plenty is coming in the way of future Star Wars TV shows, the franchise’s cinematic future is less defined. As of the end of 2022, there are 10 confirmed Star Wars movies expected to release in the next decade or so. From projects by the likes of Taika Waititi, Patty Jenkins, and Kevin Feige to a long-confirmed trilogy from Rian Johnson, plus other more recently announced features, here is every Star Wars movie currently in the works in some form or another.

Related: Andor Is What You Wanted From Star Wars, So Why Aren’t You Watching?!

Two of Star Wars’ upcoming 10 movies are especially interesting, to say the least. In mid-2018, shortly after the release of Solo: A Star Wars Story, Lucasfilm confirmed the development of more anthology films. The company revealed that these anthology films would be released at some point after a hiatus following the release of Star Wars: The Rise of Skywalker and the ending of the Skywalker Saga. Despite not releasing any other details, or even confirming the movies that will fit these slots, Lucasfilm confirmed two dates for the release of these projects:

As the time to these release dates grows shorter, Lucasfilm will need to announce details about the upcoming anthologies. The studio could just attach some already in-development Star Wars movies to these release dates, or continue with their initial plans formulated in 2018. Regardless, the years 2025 and 2027 will, hopefully, see the release of two new Star Wars movies on the big screen.

One of the Star Wars movies currently in active development is Taika Waititi’s untitled feature-length project. In May 2020, Lucasfilm announced that Waititi had been hired to direct a Star Wars movie after his work on The Mandalorian season 1’s finale. Waititi is set to direct from a script co-written by himself and Krysty Wilson-Cairns. In May 2022, Kathleen Kennedy announced that Waititi’s Star Wars movie was expected to be released in late 2023. However, with Waititi still writing the script throughout 2022 and production expected to begin in early 2023, this release timeframe is unlikely. Still, it is highly probable that Waititi’s movie will be the next Star Wars cinematic release.

One of the few other specified Star Wars movies expected to be released in the coming years is Rogue Squadron. During Disney’s Investor Day in 2020, it was confirmed that Rogue Squadron would be the next Star Wars cinematic release. Patty Jenkins, helmer of the DCEU’s Wonder Woman movies, was attached to direct a script from Matthew Robinson, with an announced release date of December 22, 2023. However, since then, production on the film has slowed with Jenkins confirming the script was still being finalized. In September 2022, Lucasfilm removed Rogue Squadron from their release slate, with Waititi’s Star Wars movie now expected to be the next cinematic release of the franchise.

Another Lucasfilm cinematic project currently in limbo is Rian Johnson’s Star Wars trilogy. Johnson was the writer and director of the second installment in Disney’s sequel trilogy, Star Wars: The Last Jedi. In 2017, only a few months before the release of The Last Jedi, Lucasfilm released a statement indicating how proud they were of the movie, simultaneously announcing that Rian Johnson would direct a Star Wars trilogy based on his own pitch. The only other announcements about the trilogy came from Johnson, who stated it would massively differ from the Skywalker Saga and explore new areas and characters of the Star Wars galaxy.

Since then, however, developments on Rian Johnson’s Star Wars trilogy have been scarce, to say the least. After the divisive reaction to Star Wars: The Last Jedi and Johnson’s commitment to the Knives Out franchise, development on the trilogy was put on hold. Despite this, both Kathleen Kennedy and Johnson have given updates on whether the trilogy would still go ahead, with both stating that it will happen after Johnson’s commitments to Netflix have been fulfilled. However, like the rest of Star Wars‘ upcoming movie slate, the trilogy still remains frustratingly in doubt.

One of the other projects supposedly in development is Kevin Feige’s Star Wars movie. In September 2019, it was confirmed by both Feige and Kathleen Kennedy that the duo was developing a Star Wars movie. After the announcement, it was confirmed that Michael Waldron would write the script after his work with Feige on Loki, Doctor Strange in the Multiverse of Madness, and the upcoming Avengers: Secret Wars. In May 2022, Waldron stated that his and Feige’s movie was still going ahead and would not be a sequel to anything currently in the Star Wars universe. Despite this, Kennedy denied that the project was in active development that same month, again casting frustrating doubt over the status of this particular Star Wars movie.

One movie with very little known about it will bring Damon Lindelof into the Star Wars universe. Disney held a two-week-long writer’s room in October 2022 that included a vast selection of writers, including Dave Filoni, Damon Lindelof, and Justin Britt-Gibson. More recently, it was announced that Sharmeen Obaid-Chinoy, who directed the fourth and fifth episodes of Marvel Studios’ Ms. Marvel, was attached to direct this secretive Star Wars movie.

Related: Star Wars’ Movie Future Is A Mess, But Disney Can Still Save It

Only a month after the Lindelof movie, another Star Wars cinematic project was announced. In November 2022, it was reported that Shawn Levy was in talks to direct a Star Wars movie. Levy’s project is expected to begin production after the director’s work on Deadpool 3 and Stranger Things season 5.

With Star Wars‘ cinematic future being so uncertain, it is worth exploring their TV show prospects, which look much more promising. Beginning with The Mandalorian season 1, Disney began shifting the Star Wars franchise’s direction toward television. This led to Star Wars: The Clone Wars season 7, The Bad Batch, Tales of the Jedi, and Star Wars: Visions on the animation side of the franchise, and The Mandalorian season 2, The Book of Boba Fett, Obi-Wan Kenobi, and Andor on the live-action side all being released on Disney+ since. Here is every Star Wars TV show releasing after Andor:

Next: Star Wars’ Most Important Upcoming TV Show Just Got Even More Exciting