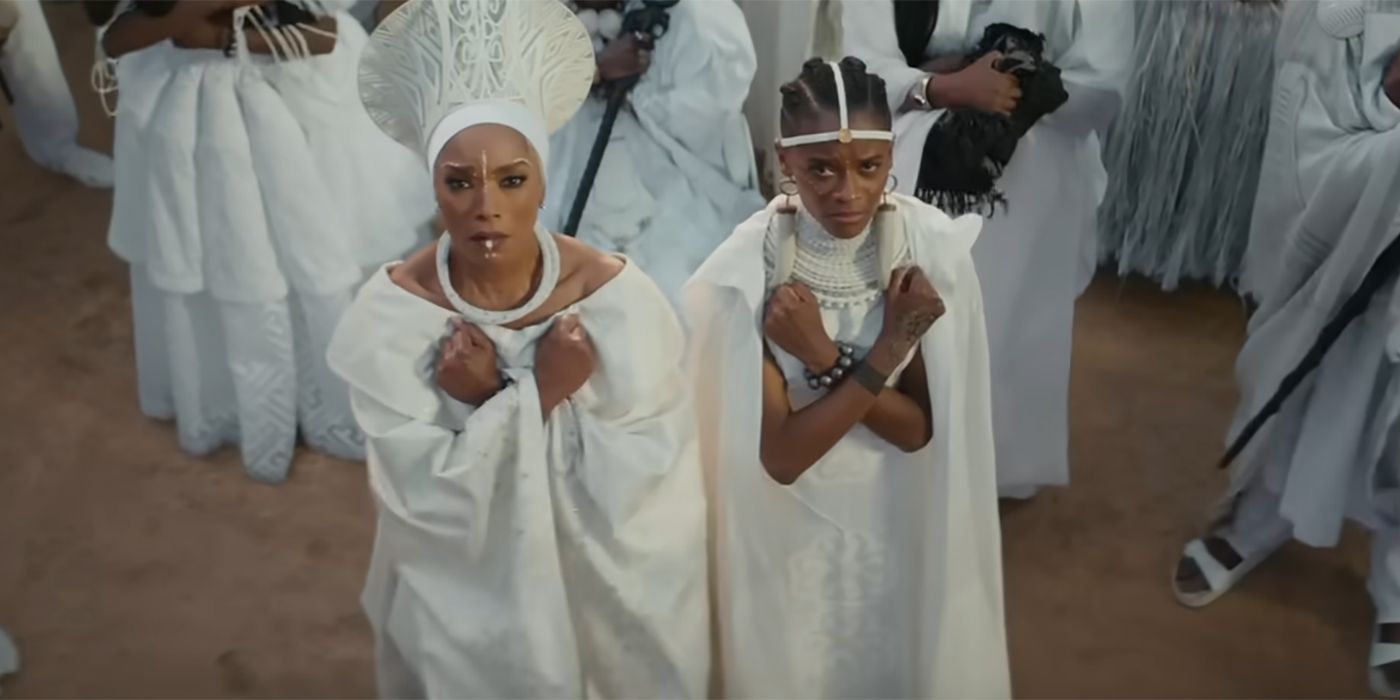 Black Panther: Wakanda Forever co-writer Joe Robert Cole explains why Queen Ramonda had to die in the film. Cole and co-writer/director Ryan Coogler had their work cut out for them following up the critical and commercial success that was Black Panther. The untimely death of its lead actor, Chadwick Boseman, made things especially difficult. The film’s script was retooled to work around losing T’Challa while also honoring his legacy and moving the MCU sub-franchise forward. In the end, Shuri assumed the mantle of the next Black Panther, but not before she suffered another big loss with the death of her mother, Queen Ramonda.

Ending Ramonda’s MCU arc in the same film that dealt with the demise of T’Challa may seem like too much. But Cole explains in a new Rolling Stone interview explains how Black Panther: Wakanda Forever‘s narrative called for it. According to him, it’s all part of Shuri’s journey to becoming the next Black Panther. In addition, it also allows for characters like M’Baku to step up as the next Wakandan King. Read Cole’s full quote below:

When we were working through the narrative and the story, we were looking at how each of our characters might be impacted by T’Challa’s loss. And the person closest to him, the person that felt like they would be affected the most, was Shuri [Letita Wright], his sister. We started to look at her arc and the journey we wanted her to take. She takes, I think, an incredible journey on this through this film. Thinking of who she was in the first film, I’m really proud of how she has evolved and grown as a character. At the beginning of this movie, she’s the smartest person in all of Wakanda and yet she can’t save her brother. How does that affect someone? We started to work through that journey of where she would be, her anger, her frustration and her pouring herself into her work. You think back to her point of view on the mystical side of Wakanda, how she’s more about science than she is about the ancestors and the ancestral plane. That exploration of her journey and her journey with her mother — who has lost a son, who has lost her husband, and who is dealing with grief and trying to help Shuri through that grief — we felt like it would be tremendously impactful to Shuri, and obviously to the nation, for Ramonda to be lost in the flood. How Shuri pivots off of that, and how Wakanda will pivot. From there, it launches M’Baku. It launches our characters in new directions. Which is really wonderful.

Related: Marvel May Have Explained A Major Iron Man 2 Retcon

What Queen Ramonda’s Death Means For The MCU

For context, Ramonda was killed during Namor and the Talokanil’s attack on Wakanda in Black Panther: Wakanda Forever. The queen was trying to protect Riri Williams from being killed, but while the future Ironheart superhero survived almost drowning, Ramonda didn’t. This further broke Shuri, who was still reeling from being unable to save T’Challa. Aside from her, however, other MCU characters are affected by Ramonda’s death. For example, Okoye may be harboring some regrets about her final conversation with the Wakandan Queen. Meanwhile, Riri will forever be indebted to Ramonda and the rest of the Wakandans for saving her life.

What remains to be seen is how Ramonda’s death will affect Namor. It doesn’t seem like he was remorseful for effectively murdering the Wakandan monarch in Black Panther: Wakanda Forever. However, this is something Marvel Studios can further explore as they build up Namor’s future in the MCU. Considering his close relationship with his own mother, it’s curious how he will live with the idea that he essentially took away Shuri’s from her. This could be a factor in Talokan and Wakanda’s diplomatic relationship moving forward.

Admittedly, there are arguments that Black Panther: Wakanda Forever could have spared Ramonda. She could have continued to play a pivotal role in the MCU as the leader of Wakanda, given that Shuri clearly didn’t want to take the throne. Couple that with Angela Bassett’s Oscar-worthy performance and the franchise could have opted to keep her around a little while longer. But, as sad as it was, it’s also difficult to argue with Cole’s justification for her demise.