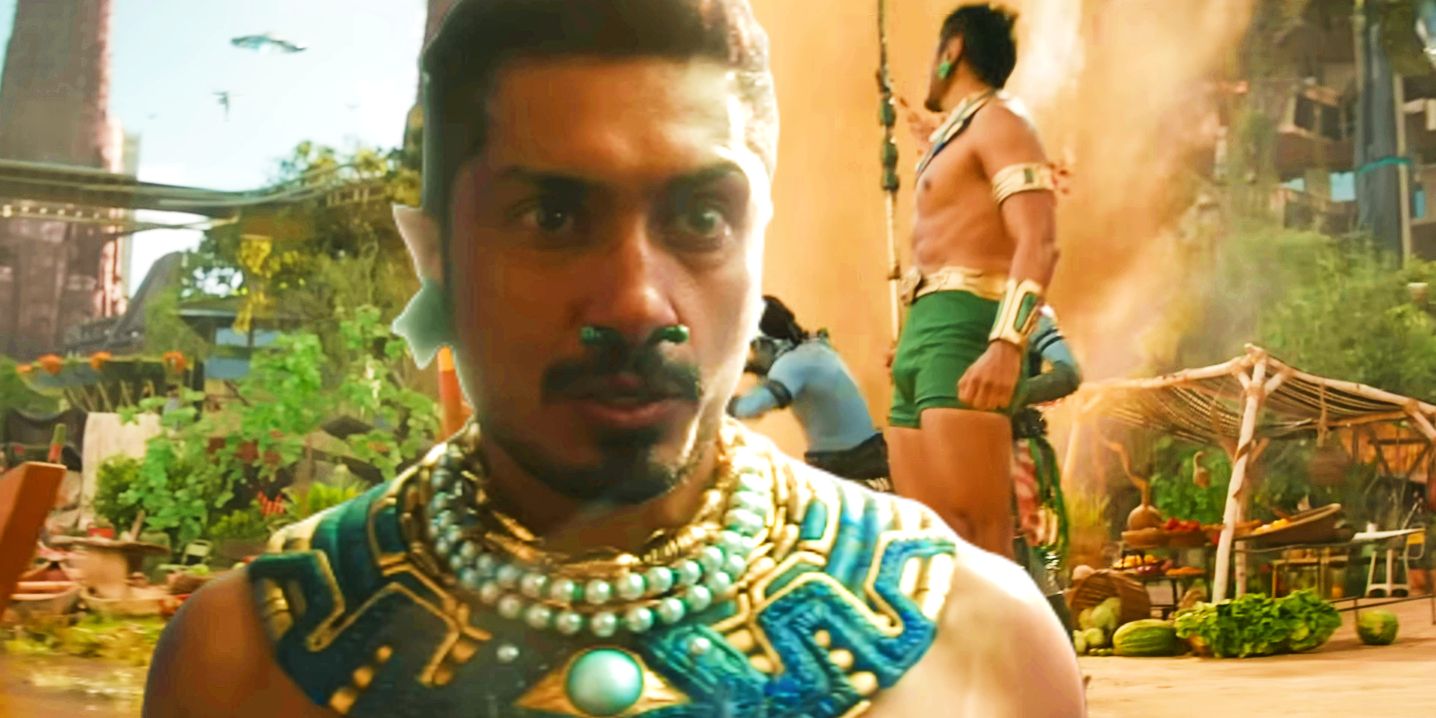 Tenoch Huerta, who plays the antagonist Namor in Black Panther: Wakanda Forever, reacts to the theory that his shorts were edited in the MCU movie.

Black Panther: Wakanda Forever star Tenoch Huerta reacts to his shorts being seemingly edited in post. Huerta made his Marvel Cinematic Universe debut with his appearance in the Black Panther sequel as the antagonist Namor. Following the impressive legacy left by Killmonger (Michael B. Jordan), who many consider to be one of the MCU’s best villains, Huerta faced an uphill battle to make his character stand out in Black Panther: Wakanda Forever. However, he managed to make a strong impression with a complex and sympathetic showing, winning many Black Panther fans to his side, similarly to Killmonger, while introducing viewers to a fascinating new side of the MCU with his kingdom of Talokan.

Namor’s involvement in Black Panther: Wakanda Forever earned plenty of hype from those excited to see Marvel’s first anti-hero portrayed on screen. The high levels of anticipation led to enhanced scrutiny when it came to Namor’s look, leading some fans to notice a change in Namor’s shorts between the film’s trailers and the actual theatrical cut of the movie. Several tweets depicted the same frame side by side, with the trailer cut on the left and the film version on the right, and it appears that the crotch area in Namor’s shorts is much more pronounced in the trailers. While speaking with Rolling Stone, Huerta sets the record straight:

Related: The MCU X-Men Have No Choice But To Repeat First Class

How Huerta’s Namor Has Won Over Marvel Fans

Huerta’s response effectively shuts down the theorizing that Marvel utilized their VFX budget in order to change an aspect of an actor’s anatomy for the theatrical cut of the movie, which is a relief, due to the inherently problematic nature of that prospect. However, the debate itself, as well as the level of observation viewers have demonstrated, proves that audiences are paying more attention to Namor than ever in the wake of Black Panther: Wakanda Forever‘s release. While there was a similar reaction to Killmonger’s debut, Namor arguably committed a more heinous act than his predecessor ever did – killing a direct member of the royal family.

Prior to attacking Wakanda and drowning Queen Ramonda (Angela Bassett), Namor was only a villain in the sense that his goals went against those of the Wakandan royal family. Though he sought Riri Williams (Dominique Thorne) out to kill her, his position was always clear to viewers as a measure of his desire to protect his hidden kingdom and people rather than bloodlust. However, the murder of the Queen so soon after T’Challa (Chadwick Boseman)’s death could have been enough to turn audiences against his character for good.

Despite that tragedy, Namor has still managed to win the hearts and respect of Marvel fans, due in large part to Huerta’s nuanced portrayal of the intimidating leader. Willing to do anything to protect his people, he only strikes after being tricked and seeing one of his own killed by Wakanda. In addition, his position in terms of killing Riri and allying himself with Wakanda and against the Western nations comes down to his logic-based, methodical approach to survival, which is the reason he has managed to protect his people for so long. Namor has proven his capacity for ruthlessness and skills in battle just as much as his charisma and natural leadership ability, making him an easy character to gravitate toward. After his successful debut in Black Panther: Wakanda Forever, it’s safe to say that fans are looking forward to seeing more of Huerta’s character, with or without the infamous bulge.