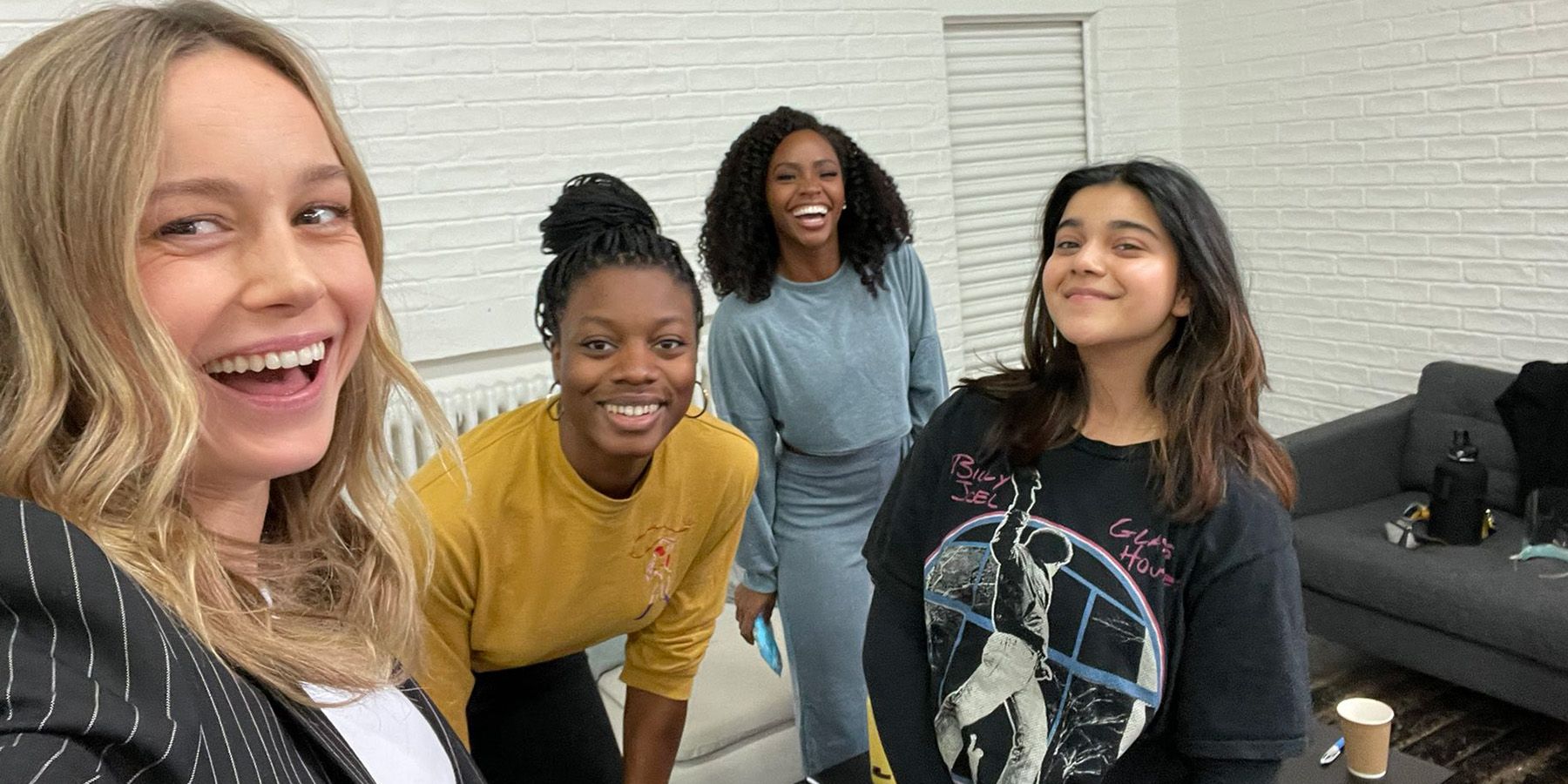 Brie Larson shared a photo with her The Marvels co-stars on Twitter. The Marvels will be the second film in the Captain Marvel franchise and will bring together multiple MCU characters, including Iman Vellani’s Kamala Khan from Ms. Marvel and Teyonah Parris’ Monica Rambeau from WandaVision. The film will likely pick up from the final credits scene in Ms. Marvel– when Kamala mistakenly swaps places with Captain Marvel or Brie Larson’s Carol Danvers. The film is set to premiere in July 2023.

Larson gave a special treat to Captain Marvel fans by sharing a selfie with The Marvels cast on Twitter. The photo is captioned “WARNING: Beautiful humans” with a heart hands emoji and includes Iman Vellani, Teyonah Parris, and The Marvels director Nia DaCosta. See the tweet below:

Related: Captain Marvel 2 Can Follow in MCU’s in The Winter Soldier Footsteps

Everything We Know About The Marvels

The Marvels is one of the most highly-anticipated MCU films of the coming year. The film is already an exception to most MCU sequels, as it clearly won’t focus on Carol Danvers’s story alone. The film will be a team-up story between Danvers, Kamala Khan, and Monica Rambeau. This formula is pretty common for MCU, such as Captain America: Civil War, but The Marvels is a clear exception for being very upfront about its storyline.

A highly anticipated aspect of this film is the introduction of a Marvel comic villain, Ael-Dan, played by Zawe Ashton. The Marvels is also exciting because it will continue the stories of its main characters. Kamala Khan, whose entire personality centers around her love for Captain Marvel, will finally get to interact with her hero. Monica Rambeau, who was first introduced in WandaVision, will finally reveal her superhero persona, which could be Photon or Spectrum (her character has used both in Marvel comics.)

Most importantly, The Marvels will continue the story of Carol Danvers, whose appearances in the MCU films have been relatively sparse aside from her titular film. As Captain Marvel was Carol Danvers’s origin story, it is likely The Marvels will feature her growth as a superhero and use of her powers (which Larson has hinted at in recent interviews.) Whatever The Marvels plot, it will undoubtedly be one of the best MCU films of 2023.

Next: The Marvels Already Avoids A Recent MCU Movie Trend