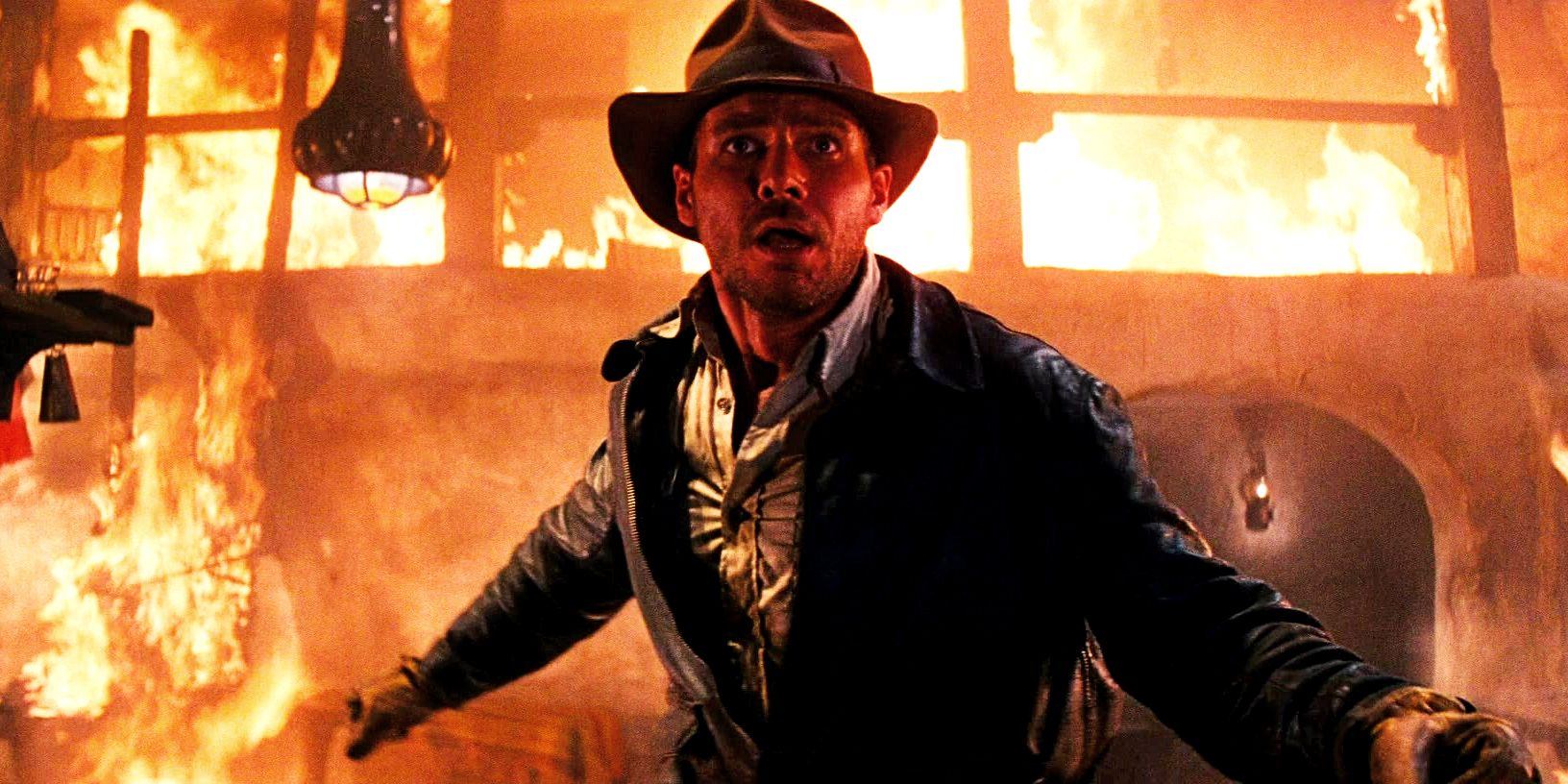 Indiana Jones 5 will open with a de-aged Indy facing off against the Nazis once again, and Harrison Ford has shared his reaction. The Indiana Jones franchise is one of the most successful in all of cinema, with a total box office gross of just under $2 billion. However, muted reception to the most recent installment, 2008’s Indiana Jones and the Kingdom of the Crystal Skull, cast doubt over whether audiences would get another Indy movie. After a long development process, Indiana Jones 5 finally began filming in 2021. The movie, which takes place mostly in the 1960s, will feature Phoebe Waller-Bridge, John Rhys-Davies, Mads Mikkelsen, and more alongside the returning Ford.

Indiana Jones 5 will be Ford’s final outing donning the whip and fedora, and the 80-year-old sat down with Empire to discuss the upcoming movie, which features a de-aged Ford in the opening scene taking place in the 1940s. Ford shared his thoughts on coming face-to-face with his digitally younger self. Read the actor’s full comments below:

This is the first time I’ve seen it where I believe it. It’s a little spooky. I don’t think I even want to know how it works, but it works. Doesn’t make me want to be young, though, I’m glad to have earned my age.

Related: When Will The Indiana Jones 5 Trailer Release?

There is no question that Indiana Jones still has an enduring appeal, and there is life in the character, but Indiana Jones 5 is a pivotal installment for the future of the franchise. Aside from being Ford’s last as Indy, it will also be the first installment not helmed by Steven Spielberg, as Logan director James Mangold will direct Indiana Jones 5. These are factors that could see a considerable change in direction for the movie, and this always poses a risk, as it may not work out as well as some audiences are hoping.

Ford returning to arguably his most iconic role should be enough to satisfy legacy fans, but this could be a risk for the future of the franchise, as it begs the question of how to continue the character, if at all. Additionally, there’s the actor’s age, which will invariably restrict some of the physicality the Indiana Jones character is known for, as demonstrated by the fact that Ford sustained a shoulder injury during the filming of a fight sequence, which caused the need for shooting adjustments. The fact that Ford is now significantly older than the character will undoubtedly impact the story that is able to be told, and this could be a bad thing.

What the future holds for Indiana Jones is unclear at this point. There have been calls to retire the character and franchise once Ford steps down, but, alternatively, there has also been speculation that the role could be reborn, with Chris Pratt Indiana Jones recast rumors refusing to go away, despite the Guardians of the Galaxy star debunking them. For now, nothing new has been decided about the future of the franchise, and audiences will just be hoping that Indiana Jones 5 can live up to the hype.

Next: Indiana Jones 5 Release Date, Cast, Every Update You Need To Know

Share
Facebook
Twitter
Pinterest
WhatsApp
Previous article
A mom who drank a few glasses of wine while pregnant had a son with developmental issues. She said the buzz wasn’t worth it.
Next article
Terminator Director Says Meeting Schwarzenegger Completely Changed T-800