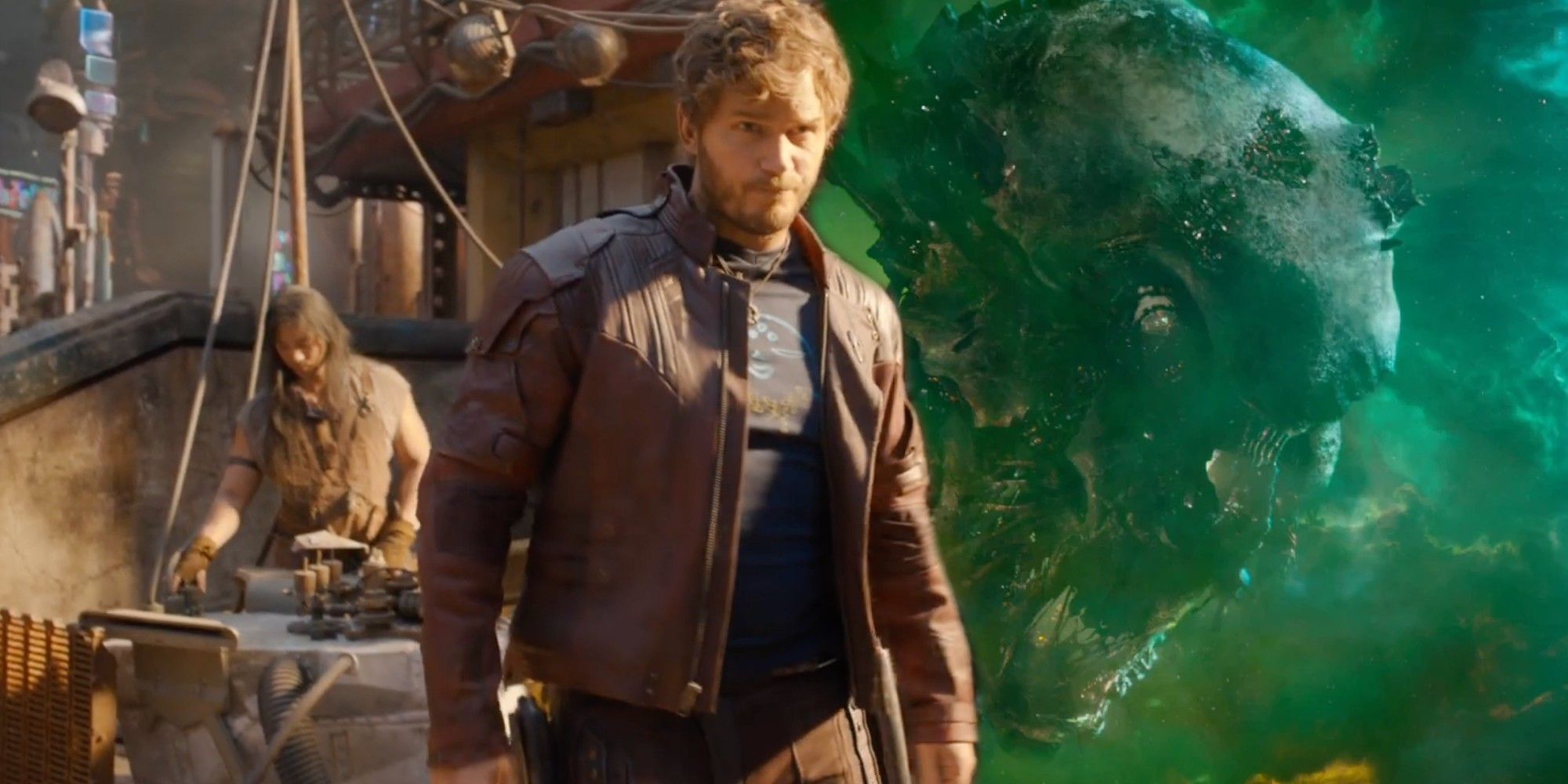 James Gunn reveals how the Guardians of the Galaxy turned an iconic MCU location into their new homebase ahead of its debut in The Guardians of the Galaxy Holiday Special. The seasonal MCU adventure is Marvel Studios’ second production as part of their Special Presentation series of specials produced exclusively for Disney+. The Guardians of the Galaxy Holiday Special will reunite audiences with Marvel’s team of cosmic heroes following the events of Avengers: Endgame, where Drax (Dave Bautista), Mantis (Pom Klementieff), and the crew hope to help a grieving Star-Lord (Chris Pratt) grapple with the absence of Gamora (Zoe Sadaña) by bringing the spirit of Christmas into outer space through a trip to Earth.

In an interview with ET Online, Gunn discusses the future of the Guardians of the Galaxy franchise, revealing that the upcoming Holiday Special will introduce elements that feature in 2023’s Guardians of the Galaxy Vol. 3. Alongside the debut of Maria Bakalova’s Cosmo the Spacedog and the team’s new ship, The Bowie, the Disney+ special will also reveal that the Guardians now own the mining colony of Knowhere, and are using it as the homebase for their operations. Check out Gunn’s full response below:

“I also think it was kind of necessary because, you know, I’m actually working in a lot of mythology that’s going to be important in Vol. 3. The fact that we had Cosmo the dog, the fact that they have this amazing spaceship called the Bowie that’s four stories tall in real life… They’ve bought Nowhere from The Collector, that’s their home base now — all of those things are important to Vol. 3.”

What The Guardians Buying Knowhere Means For MCU Future

Originally appearing in Guardians of the Galaxy, Knowhere is a mining colony carved into the decapitated head of a long-deceased Celestial. Under the control of the Collector (Benicio Del Toro), the head is stripped of valuable resources for sale on the black market, making it a safe haven for outlaws across the galaxy. However, the Collector’s MCU whereabouts have been unknown since the release of Avengers: Infinity War, where Thanos (Josh Brolin) ransacked the colony in his quest for the Reality Stone, destroyed the Collector’s Archive, and seemingly killed him in the process. Gunn’s response suggests that the Collector is still alive and remains active in the MCU, despite not appearing in The Guardians of the Galaxy Holiday Special.

Furthermore, the team using Knowhere as a homebase in The Guardians of the Galaxy Holiday Special carries interesting implications for their potential MCU future. In previous appearances, the Guardians have been established as a small group of mercenaries taking on smaller jobs for profit. The group purchasing Knowhere suggests that they have been incredibly successful following Avengers: Endgame. While Gunn has confirmed Guardians of the Galaxy Vol. 3 will be the current characters’ final adventure together, the film’s conclusion may leave things open for a new team to take their place. In the comics, Knowhere was the original base of operations of the Guardians of the Galaxy following the Annihilation: Conquest storyline, when the team was founded as an organization that would proactively protect the galaxy from potential threats. As such, it is possible that Guardians of the Galaxy Vol. 3 may see the team either put their mercenary lifestyle behind them in favor of becoming a more typically altruistic group, or lay the groundwork for a new lineup of Guardians to do so.

While The Guardians of the Galaxy Holiday Special will heavily feature Drax and Mantis bringing holiday cheer to Star-Lord, the Disney+ special will also set up future MCU projects. However, the Guardians purchasing Knowhere is sure to take fans familiar with their current story by surprise, as it marks a major turn from their status as scrappy roaming heroes for hire. With their final adventure set to release in 2023, the team’s impressive new homebase shows how far they’ve come in their journey since their debut.

Next: A Secret Superhero Team Is Hiding In MCU Phase 5

Share
Facebook
Twitter
Pinterest
WhatsApp
Previous article
Gone in 9 minutes: How Celtic gold heist unfolded in Germany
Next article
Mel B ‘shocked’ by racism in the US while filming documentary: ‘It changed my outlook’