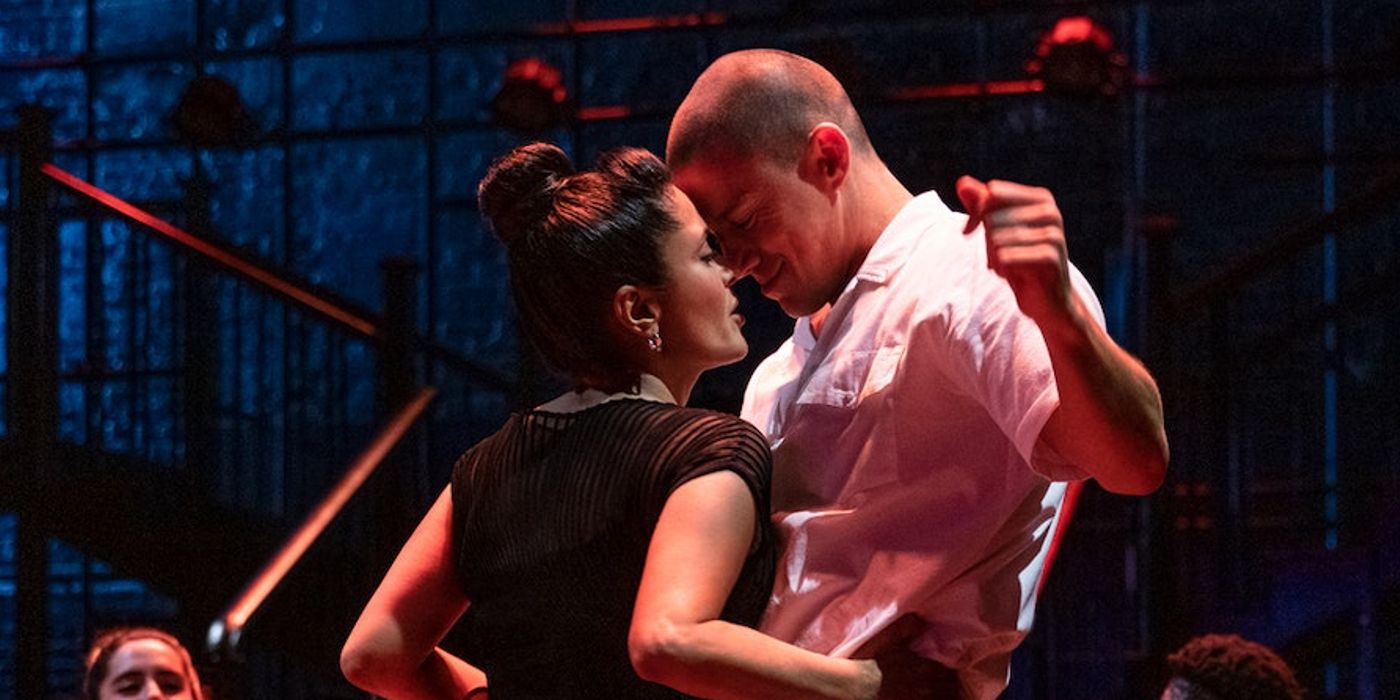 A new still from Magic Mike’s Last Dance, gives eager fans a glimpse at the elaborate 30-minute dance sequence that will conclude the franchise. The final film wraps up the thrilling story of aspiring entrepreneur Mike Lane, played by Channing Tatum, whose odd jobs along his path to self-fulfillment and realizing his dreams include the exhilarating experience of stripping in a Tampa club. This rousing premise is partly inspired by Tatum’s short-lived career as a stripper in west central Florida when he was 18 years old.

Ahead of the 2023 theatrical release of Magic Mike Last Dance by Warner Bros. Pictures, Empire Magazine has released an image of Channing Tatum and his character’s latest love interest played by none other than Eternals’ Salma Hayek. The shot teases a 30-minute dance sequence that is said to wrap up the notorious franchise on a thrilling and gratifying note for fans. Check out the image below:

Related: Everything We Know About Magic Mike 3

Everything We Know About Magic Mike’s Last Dance

Following the commercial success of Magic Mike and its 2015 sequel Magic Mike XXL, fans are hoping for a finale that is able to increase the drama, comedy, and electric dances that the franchise has come to be known for. The upcoming film is posed to live up to these expectations with the original director who brought Tatum’s concept to life, Steven Soderbergh, returning after passing the torch to Gregory Jacobs for the sequel, with a script from Reid Carolin once again, and Tatum himself producing the finale. Magic Mike Last Dance is expected to pick up right where Magic Mike XXL left off, with Mike on a hiatus from stripping, instead serving as a bartender when he meets a wealthy socialite, portrayed by Salma Hayek, who convinces him to return to the stage in London for one last hurrah.

While plot details have remained under wraps, it has been revealed that some familiar faces from the first two films, like Matt Bomer and Joe Manginello who played Mike’s strip club peers, will not be featured in Magic Mike Last Dance. Though Thandie Newton was initially cast as Mike’s latest love interest with a hidden agenda, Hayek eventually took over the role and will hopefully display some of her own impressive dance moves, which she first debuted in 1996’s From Dusk Til Dawn in which she performed a memorable striptease routine. Ayub Khan Din and Gavin Spokes will also appear in the film, alongside Caitlin Gerard who returns to the role of Kim.

Despite starting as an independently developed and produced film, the Magic Mike series went on to become an unexpected hit, amassing a dedicated fan base and immense box-office success. By simultaneously capturing the raucous atmosphere of a strip club while offering heart and sincerity to the central characters and their intersecting storylines, Tatum, Carolin, and Soderbergh managed to form a story that is equal parts thrilling and heartfelt regarding a profession that is still often stigmatized and socially condemned. Fans can watch the satisfying conclusion of the series when Magic Mike Last Dance hits theaters on February 10, 2023.

Next: Every Song In Magic Mike