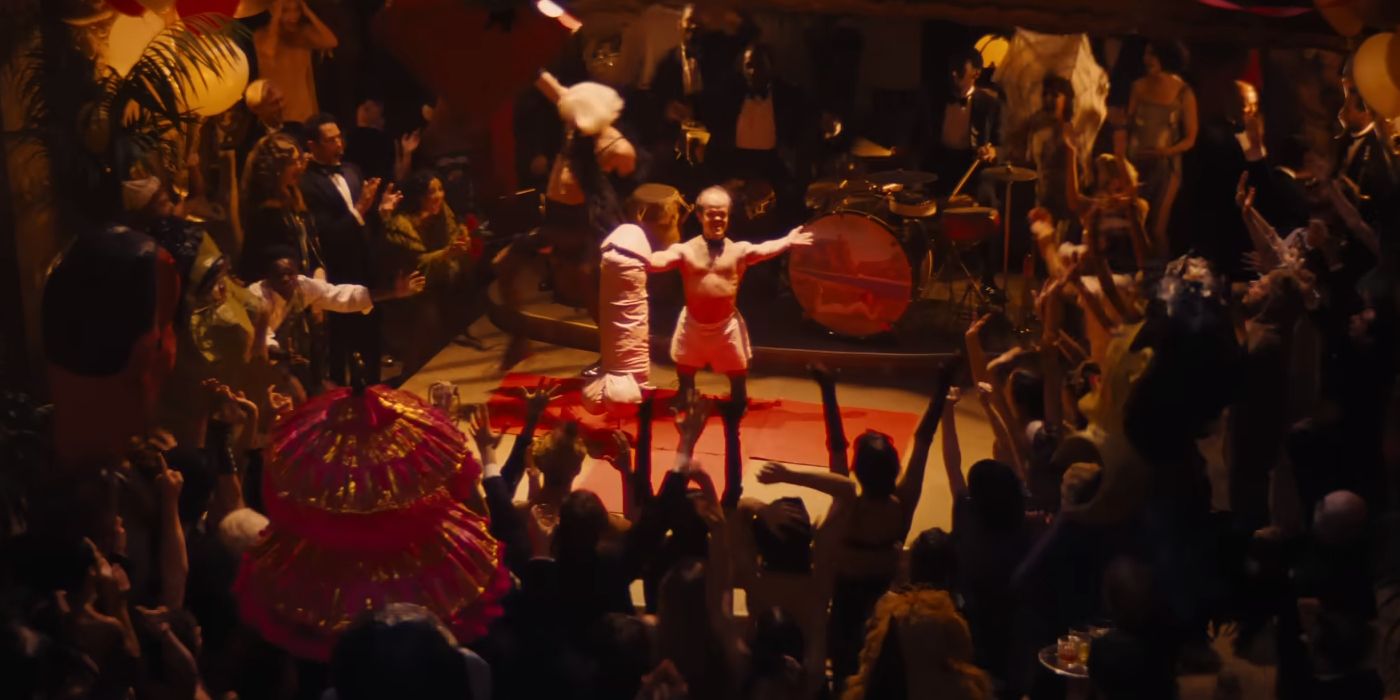 Margot Robbie claims Babylon’s party scenes resemble those from Martin Scorsese’s The Wolf of Wall Street. Babylon is an upcoming grandiose tale by Oscar-winner Damien Chazelle. The plot focuses on themes of ambition and excess as follows the rise and fall of multiple characters in 1920s Hollywood. Robbie stars in Babylon as Nellie LaRoy, a fictional character drawing from multiple stars.

As Robbie tells Empire, Babylon has scenes reminiscent of the insanity of The Wolf of Wall Street. When Robbie shot The Wolf of Wall Street, she apparently thought that she would “never be in a film as crazy as this ever again.” Babylon defied Robbie’s career expectations. She describes Babylon as “insane” with “a dizzying amount of debauchery.” Check out the full quote from Robbie below:

“I remember being on set for [The Wolf Of Wall Street] and thinking, ‘I’ll never be in a film as crazy as this ever again.’ And then I made Babylon. There’s a dizzying amount of debauchery. One of the most disturbing, chaotic scenes I’ve ever witnessed is in this film, and it involves a fight with a snake. I won’t tell you who wins or loses that fight, but trust me, it’s insane.”

Can Babylon Match The Wolf Of Wall Street’s Success?

Though they focus on slightly different arenas of prosperity and opulence, Babylon and The Wolf of Wall Street do have some similarities at face value. For one, there is the casting overlap of Robbie in both films. The films exist in similar thematic spheres as tales about excess within the wealthy, vain class of America. Additionally, they take these tales on epic proportions in terms of their run time. The Wolf of Wall Street was 3 hours long, and Babylon is slated to be 3 hours and 8 minutes. It’s still hard to imagine a mainstream, artistic epic quite so crazy as The Wolf of Wall Street. But if the snake scene tease is any indication, Babylon’s party scenes could match the “chaotic” level of the whiplash-inducing rapidity of The Wolf of Wall Street.

It may be equally chaotic, but Babylon will have to do a lot to match the success of The Wolf of Wall Street, which was both a hit commercially and critically. The Wolf of Wall Street was nominated for 5 Oscars, including best picture and best director for Scorcese. Though not nearly as established as a powerhouse like Scorcese, Chazelle is highly-decorated given how early he is in his career. He even has an Oscar win underneath his belt, winning best director for La La Land.

How Damien Chazelle’s Past Work Bodes Well for Babylon

Chazelle’s past work also well-equips him for the Wolf of Wall Street-like themes and tone that Babylon is purported to have. Ever since the inception of his career, Chazelle has shown a fascination with exploring performers who are pushed to their personal limits, and for whom the love of art might get in the way of their love affairs, or other interactions in their life. Even before Whiplash, Chazelle toyed with these themes in his black-and-white debut feature Guy and Madeline on a Park Bench. Since then, he’s gone on to make Whiplash and La La Land, as well as First Man. The former especially shows that Chazelle is not only equipped for Babylon thematically, but tonally. Whiplash derives its genius from being a kind of organized chaos, it’s 105 minutes of stylized anxiety. From what Robbie says, Babylon may create a similar atmosphere. Babylon may take things to a new level of chaos, but with Chazelle’s hand on it, he just may pull it off.