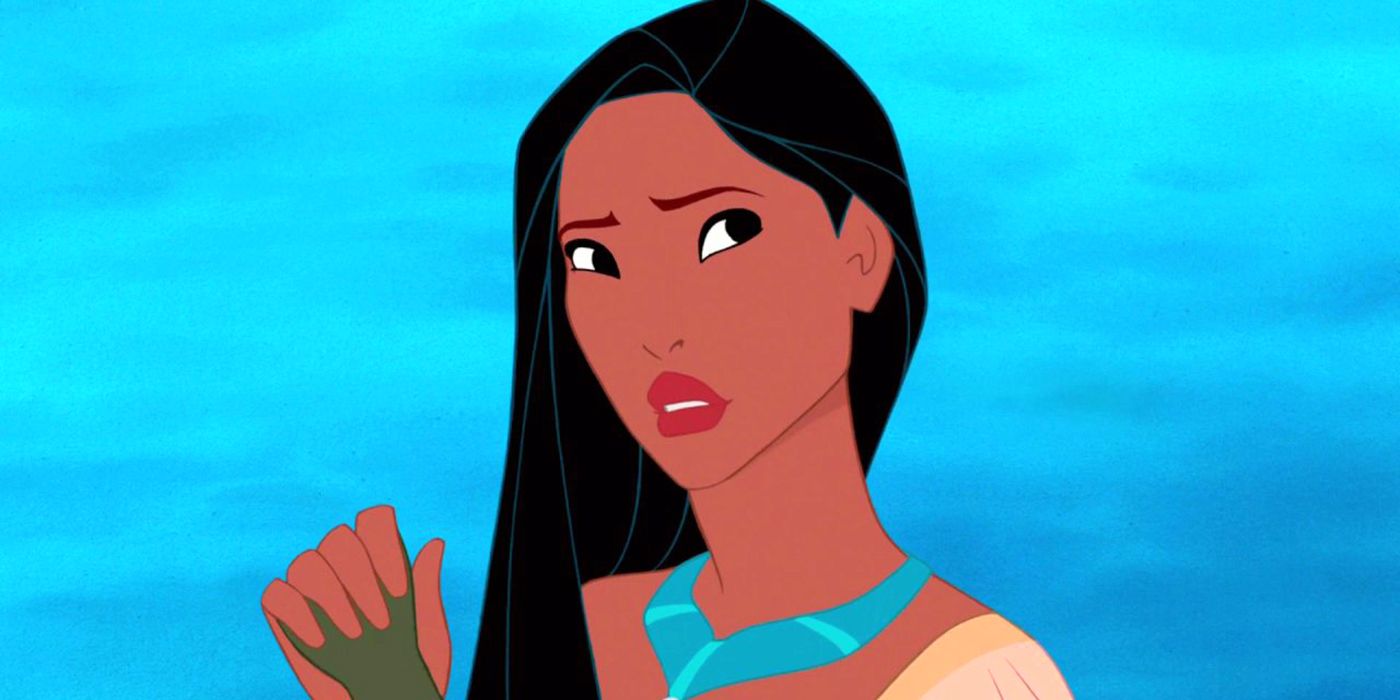 Though considered a classic in some audiences’ minds, the Pocahontas Honest Trailer correctly highlights the film’s various historical inaccuracies. The 1995 animated movie loosely explored the life of eponymous Native American woman, whose life is upended when a group of English settlers begin moving in on her tribe’s Virginia land, risking sparking a war between the two people, all while she falls for Captain John Smith. Coming in the midst of the Disney Renaissance, Pocahontas scored mixed reviews from critics, but was a box office success, grossing over $346 million against its $55 million production budget, but one aspect of the film has remained a divisive topic throughout the years.

With Thanksgiving right around the corner, the latest episode of Screen Junkies‘ Honest Trailers series is looking back at Pocahontas. The video hilariously points out the historical inaccuracy of the Disney animated movie, including the false nature of the relationship between the titular woman and John Smith, the bland portrayal of the latter, and more. Check out the funny video below:

Everything Disney’s Pocahontas Got Wrong About Real Figure

While considered one of the most notable Native American figures in the country’s history, Pocahontas’ real-life story is one that is often depicted with key liberties taken in order to avoid some of the harsher realities of her life. Aside from her real name being that of Matoaka, there has never been any confirmation of her sharing a relationship with John Smith during his time in the Americas, though more disturbingly is that the English settler was 28 years old at the time, while she was estimated to be just 10 or 11 years old. She would also find herself kidnapped by English settlers in the hopes of settling the war between them and Powhatans, with some recollections of her year-long captivity including abuse, as referenced in the Pocahontas Honest Trailer.

Another relatively inaccurate fact depicted in the Disney movie was the absence of John Rolfe, whom she ultimately married prior to her death. The English settler would appear in Pocahontas II: Journey to a New World, which played out more as a fish-out-of-water story than the genuine quest for peace her trip to England was in real life, but the sequel left out her conversion to Christianity being part of said journey, and her death. In addition to misrepresenting Rolfe, Smith and the woman herself, both Pocahontas movies also take major liberties with the fate of John Ratcliffe, the governor leading the English settlers who served as the first film’s antagonist, but was actually murdered in brutal fashion in a trap set by the Powhatans.

Given the film was produced by Disney, it’s understandable a number of these liberties would be taken to tell the story of Pocahontas. However, as noted in the hilarious Pocahontas Honest Trailer, many of these historical inaccuracies also make it difficult to revisit the film through a modern lens, especially with the likes of Terrence Malick’s The New World presenting a somewhat more accurate representation of the figures involved. Given Disney has delivered multiple live-action remakes for their Disney Renaissance-era movies, it would be interesting to see if the House of Mouse could take a more accurate approach to exploring Pocahontas in the future.

Next: How The Disney Renaissance Changed Disney Princesses For The WorseSource: Screen Junkies