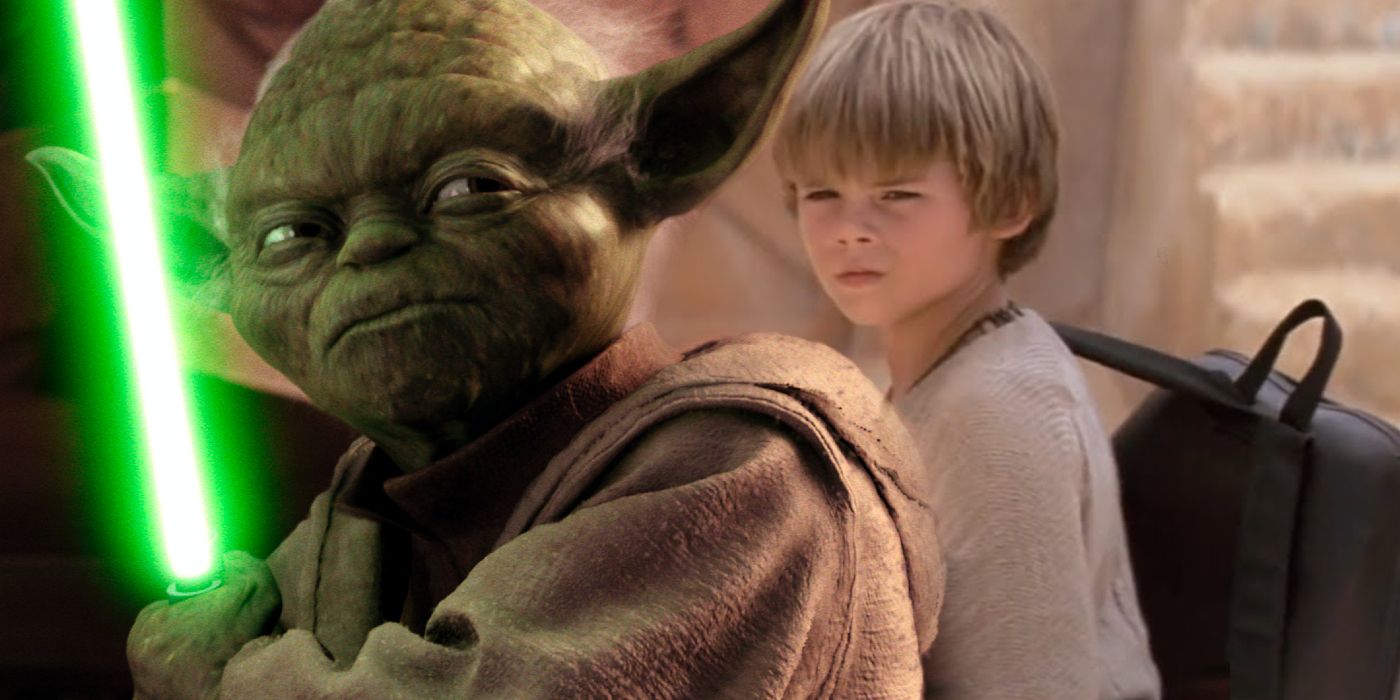 Yoda didn’t want to train Anakin Skywalker in The Phantom Menace, believing him too young; what should the Jedi have done with the boy?

The latest Star Wars tie-in makes Yoda’s reluctance to train Anakin Skywalker even worse. Jedi Master Qui-Gon Jinn was one of the few Jedi to have studied the prophecy of the Chosen One, and it was surely the will of the Force that meant he was the one who stumbled upon Anakin Skywalker. The Jedi Council did not agree with Qui-Gon’s assessment, though, and Master Yoda didn’t even want to train Anakin; he believed the boy was too old. The Jedi Council showed no interest in Anakin’s future, allowing him to accompany Qui-Gon to Naboo with no idea what life would have in store for him.

Zoraida Córdova’s novel Convergence reveals the Jedi of the High Republic Era would have taken a very different approach. This was a time when the Jedi had a much better relationship with other Force traditions; apparently when the Jedi of this age encountered Force-sensitives who were too old to train, they took them to the planet Jedha – a world the Jedi had once ruled, sacred to many other groups such as the Guardians of the Whills. Had Anakin been born in the High Republic Era, he probably wouldn’t have been sent to Naboo at all, but instead would have gone straight to Jedha.

Related: Jedi Who Survived Order 66 Concealed The Lightsabers In A Cool Way

It’s becoming clear Anakin would never have fallen to the dark side in the High Republic Era. In truth, he’d have been better off in a different order – one with a better understanding of attachment, one where he would be taught to manage his emotions rather than repress them. Instead, he wound up becoming Obi-Wan’s Padawan, and the relationship between the two would never be enough to bring Anakin peace. Anakin ultimately found himself torn between two competing attachments; his sense of belonging with the Jedi on the one hand, and his love for Padmé on the other.

Anakin’s fate was sealed because of the weaknesses of the Jedi themselves. Lucasfilm’s Star Wars: The High Republic transmedia initiative has shown how the Jedi view of the Force diminished over the centuries. In part this seems to have been because of the teachings of Jedi Grandmaster Yoda himself, who became too revered, and whose interpretation of the Force became dominant among the Jedi. There also seem to have been external factors, however; as-yet-unrevealed crises that led the Jedi to pull back from the galaxy, to retreat from their interaction with other orders, and to become insular and narrow-minded.

The Jedi Council failed Anakin Skywalker in Star Wars: Episode I – The Phantom Menace. They were focused on the possible return of the Sith, and showed little interest in the emotional health of the young Tatooine slave boy Qui-Gon had brought to the Temple on Coruscant. This fundamental lack of compassion, this inability to recognize that Anakin needed to have a sense what his future held, showed how far the Jedi had already fallen by the prequel trilogy – for compassion is of the light. And so Anakin Skywalker was set on a very dangerous path, one that would lead to the light being almost extinguished as the Star Wars saga continued.